During the pandemic quarantine, people spent more time playing games in their homes and this is how Axie Infinity ascended to stardom in the blockchain game scene.

Some people who were unemployed during this period even found in play-to-earn a way to earn money while they could not leave their homes.

And so the cryptogame industry grew and because of this, today it is considered the best gateway to the metaverse.

Two years after the play2earn explosion, some raise as a downside of these styles of games the fact that their economy breaks down too quickly.

The impact of this new wave of play to win in the gaming industry is that often the driving factors behind games are left behind: interaction and fun.

It’s important to remember that games are a form of entertainment, and when you turn something that was meant to be fun into a kind of work or investment, it may not work.

And this is why, less than 3 years after the explosion of these games, players already feel the need for change. There is a concern for gameplay, which is how well that game allows players to do the main thing: play!

It sounds redundant, but the current market standard is that play-to-earn games have no gameplay.

Animus believes that the blockchain will become more of a payment method, making it possible to sell assets earned by the player. Becoming more of a feature than literally the basis of the game.

Besides gameplay, there is also another factor that can move the entertainment industry: nostalgia.

With this in mind, Animus developed Cryptorama, a platform that recreates the best games from the 80s in the metaverse.

NFTs from the game can be traded within the marketplace and to play you need to buy a ticket with BUSD – but the focus is on the competition between players.

In Cryptorama, you will participate in tournaments and you can also buy items that marked the 80’s – NFTs are exclusive objects that you can collect inside the platform and, when you complete a collection, you receives as a reward other items inside the platform, such as avatars, skins and tickets for special tournaments.

Want to know more about the Arcade of the Metaverse? Keep an eye on our social networks.

During the pandemic quarantine, people spent more time playing games in their homes and this

Metaverse: games are the best way to start

The games industry is the most prepared to put companies into the metaverse. Large companies 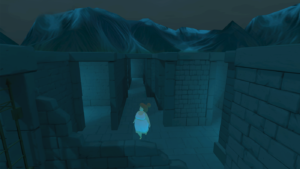 Cretan labyrinth from the inside

Can you imagine being trapped in the Cretan labyrinth? It can happen. In a Virtual Reality experience,

Animus goes beyond pure gameplay entertainment: we believe that games can cause deep reflections about our existence. The character in a game is a facet of the player in a different universe from what he is used to.

Receive our latest news and updates.